Showing posts from July, 2016
Show all

Scammers vs Professionals: How to Know The Difference

Now more than ever, measures are in place to ensure the salesperson at your door is there making an honest living, doing business legally and ethically. Don't be afraid to do business with someone who knocks on your door just because of a stigma, internet rumors, or isolated incidents being portrayed as common occurrence. There are some simple and easy ways to tell the difference between the many professionals doing direct sales versus those rare scammers. Share this info with others who may find it helpful, and visit these links for more information: DSA Member Search:  http://goo.gl/eyKbDO Better Business Bureau:  http://BBB.org FTC Cancellation Rules:  http://goo.gl/J0kXDj National Consumers League:  http://www.nclnet.org Fraud.org:  http://fraud.org/
Post a Comment
Read more 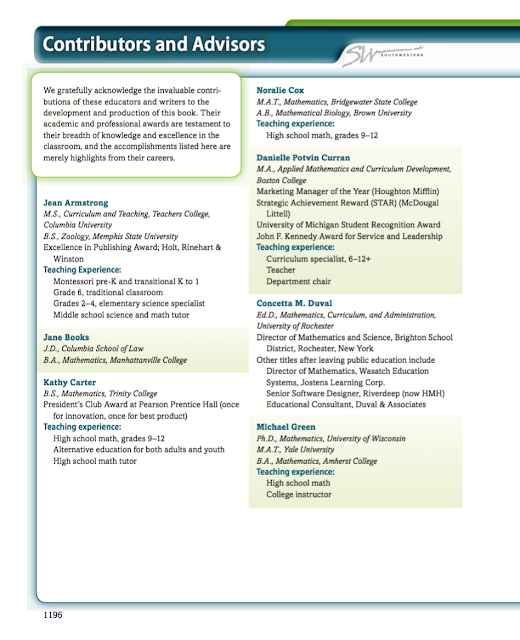 A common question we get is, " Who is responsible for the content of your products? " Well, it's somewhat of a Who's Who of professionals in the field of education from all across the country. As stated in the credits, we gratefully acknowledge their invaluable contributions to our product line.
Post a Comment
Read more

'Industry with Heart' by Karyn Reagan

Our 'Share The Advantage' donation program was recently featured in Direct Selling News Link to the original article here In the year 1855, Reverend J.R. Graves started a mail order company selling books, religious tracts and Bibles. Several years later he was run out of his town of Nashville by Union troops for giving Bibles to the Confederates during the Civil War. He relocated to Memphis, although he also smuggled printing plates from the North into the South in order to continue printing Bibles for Confederate soldiers. When Rev. Graves later returned to Nashville, he realized that young people were finding it difficult in the postwar era to afford a college education. In response to this need, he restructured his mail order company to a direct selling model focusing on college students as contracted sales representatives, allowing them an opportunity to earn income for their college expenses as small-business owners. Southwestern Advantage is the oldest dire
Post a Comment
Read more
More posts